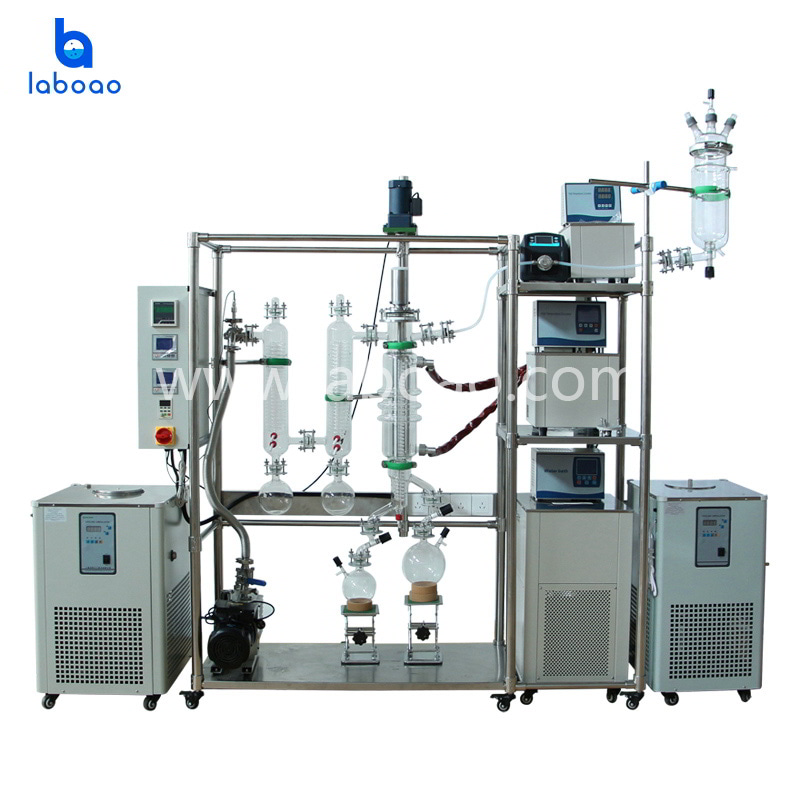 2.Molecular distillation can be extremely effective in removing substances in liquids such as organic solvents, odors, etc., which is a very effective method for the decolorization of liquids after solvent extraction;

3.Molecular distillation may selectively evaporate the product of the purpose, remove other impurities, and separate more than two substances at the same time through multistage separation;

4.The fractionation process of molecular distillation is a physical process, which can well protect the separated material from pollution and infringement.